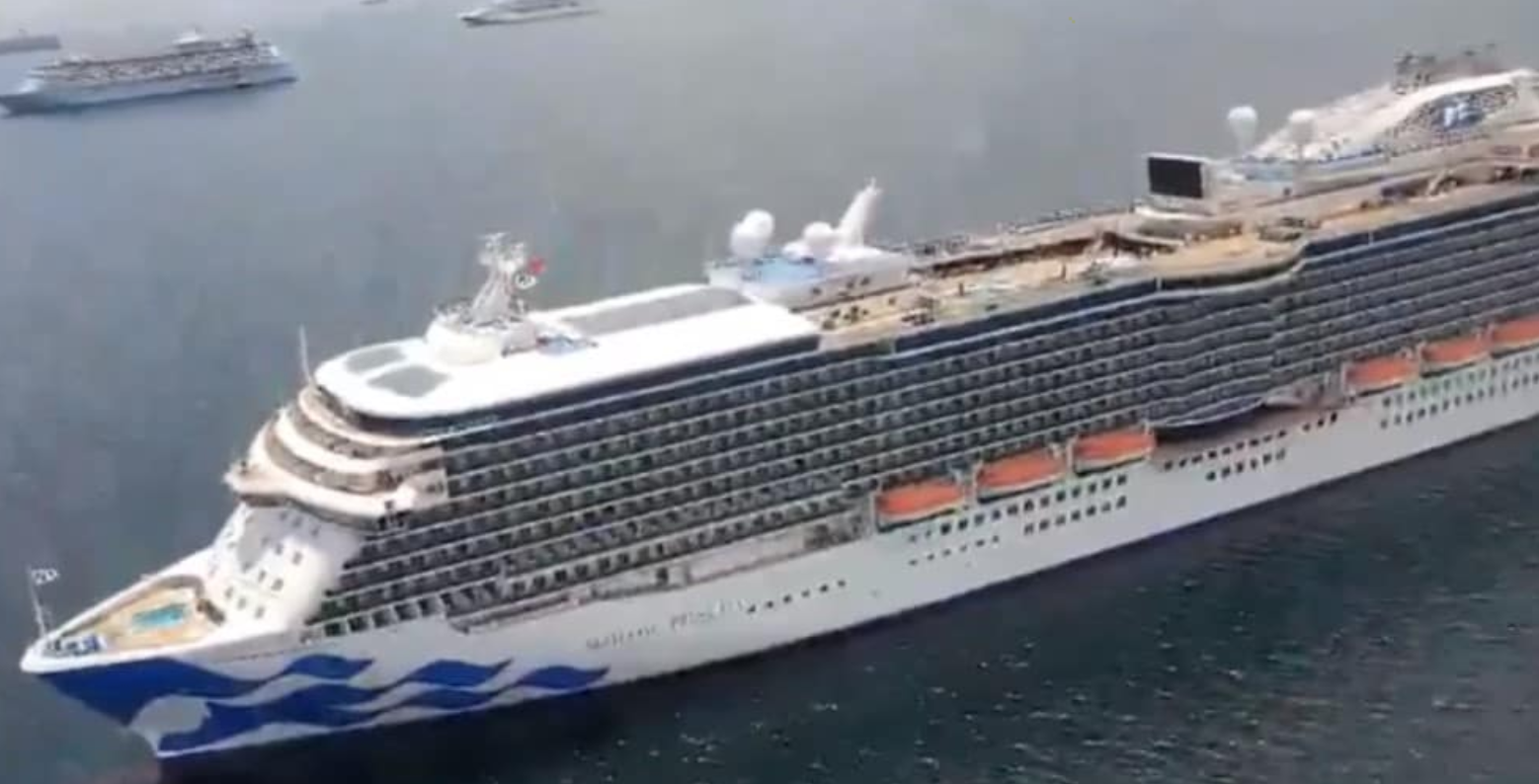 Up to a dozen cruise ships were anchored off Manila on Monday as part of a huge effort to get thousands of crew members back home.

Right now the cruise industry is pretty much shut down and while there are no passenger operations there is a major focus on getting the crew back home. There are thousands of crew members who still remain on vessels around the world and there is currently a huge effort in getting the majority of them back to their home countries. On Monday afternoon the Philippines Coast Guard captured seven cruise ships anchored in Manila Bay on the west coast of the country including vessels from Princess Cruises and Cunard Line. However, the total for that day was 10 as some vessels had already departed earlier or arrived later. The ships which were anchored in Manila Bay were CARNIVAL SPIRIT, MAJESTIC PRINCESS, PACIFIC DAWN, PACIFIC EXPLORER, QUEEN ELIZABETH, SAPPHIRE PRINCESS, SEA PRINCESS, SUN PRINCESS, SPECTRUM OF THE SEAS and the VOYAGER OF THE SEAS.

The Coast Guard posted the following on social media:

In preparation for the disembarkation of hundreds of Filipinos seafarers manning the seven cruise ships currently anchored at the Manila Bay Anchorage area, the Philippine Coast Guard (PCG) conducts aerial inspection in said vicinity waters this afternoon, 27 April 2020. In cooperation with the Bureau of Quarantine (BOQ), the PCG will ensure that health protocols are strictly implemented during their disembarkation and transportation to designated quarantine facilities where they shall serve the mandatory 14-day quarantine. The PCG is expecting more ships to arrive at the Manila Bay Anchorage area this week to disembark Filipino seafarers.

The ships have been preparing to disembark the crew back to the Philippines and they’ve been doing this using their own lifeboats and tender boats. There are strict health protocols in place and the crew members are being transported to a facility to undergo a 14-day quarantine before being allowed to their final destination. Many ships including the CARNIVAL SPLENDOR and CARNIVAL SPIRITfrom Carnival Cruise Line are also heading to Indonesia to repatriate crew there. It’s just fascinating to see so many vessels in Manila when usually we see them in popular Caribbean ports such as Grand Cayman, St. Maarten, St. Thomas, and even Cozumel in Mexico. Only essential crew are to remain on board to keep the ship going until full-service resumes hopefully by end of July. When cruises do resume once again it’s likely they won’t all start at once and crew members will slowly begin to fill up ships again as more guests book that long-awaited vacation at sea.

it hasn’t all been smooth sailing for the crew who have dealt with the global pandemic onboard and following guidelines from organizations such as the U.S. Centers for Disease Control (CDC). Some vessels have had confirmed cases onboard including infections for passengers and crew. With commercial flights cancelled around the world many of the crew are also travelling home via arranged charter flights by the cruise lines. We’ve also reported on some crew members being involved in a bus crash near Manila. Apparently, according to a report, they were from a Norwegian Cruise Line operated vessel.