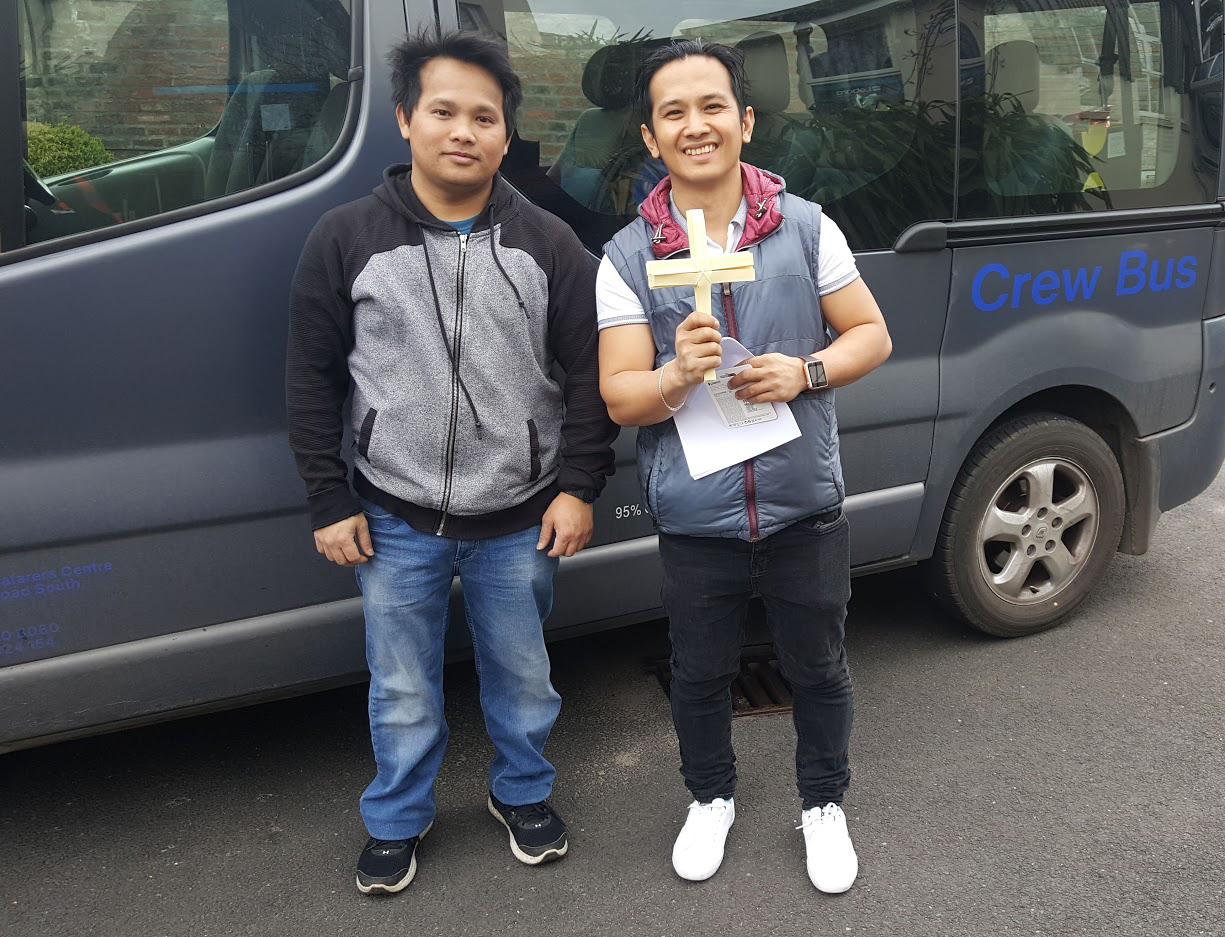 LSC CEO John Wilson made his appeal as church leaders voiced their support for seafarers who have to keep working through the crisis to deliver 95pc of UK imports and exports which come via sea including food and medicines.

“On Palm Sunday we were able to give visiting seafarers a ‘blessed’ cross which was hugely appreciated. We urge parishioners unable to attend church at the moment and all the diocese that support our work to remember seafarers this Easter and the plight many face. The biggest challenge we are hearing from seafarers is that they are unclear how or when they will return home when their contracts end. They are also far from home, with most seafarers coming from South East Asia, and worried about loved ones. This is putting real pressure on their mental health. They must not be forgotten.”

The Most Reverend Malcolm McMahon OP the Archbishop of Liverpool catholic diocese said:

“The work of seafarers is vital, and it is essential that we are able to offer them the care that they need at this time.  They are far from home and have no idea when they will be able to return to their families.  We must support them in prayer and in every practical way allowed under current government restrictions. My prayers are with them and their families at this extremely difficult time.”

The Revd Canon Dr Crispin Pailing, Rector of Liverpool and Chair of Mission in the Economy, supporting workplace chaplaincy across the region, said:

“Throughout Holy Week, the worship of the Church draws us in to walk with the suffering and to live the events of Jesus’ final days. This has much poignancy this year as we see so many people around us living in challenging conditions. Our seafarers are doing tremendous work in the service they do for all of us, but they are also facing separation from their families, often aware of the devastating effects of pandemic on their communities at home. Let us keep them in our prayers this year, giving thanks for their role in supplying our nation in the weeks to come. And let us pray for the Liverpool Seafarers Centre, supporting men and women from across the world as they arrive in our city.”

“I strongly support this appeal for the Seafarers Centre; even though we are all so hard pressed I so hope we can respond to this appeal. Seafarers can be so easily forgotten but without their continuing service the food and essentials we depend on in this country could not come and we could not export. Seafarers are a long way from home and need our care and support now more than ever.”

LSC is increasing its ship visits to vessel-bound seafarers after temporarily closing its centres in Crosby and Eastham to crew and visitors following Government advice on March 20 2020.

Mr Wilson appealed for donations during Holy Week and beyond of toiletries, Easter eggs, puzzles and games, warm clothing, fresh fruit, CDs and recently released DVDs. He said donated goods can be left in the porch of LSC’s Crosby headquarters or Eastham base from where the LSC team will then take them to ships direct.

“Though their colleague seafarers are standing by on shore in their home country, the relief process is stalled as many port states have imposed local regulations, travel and quarantine restrictions due to COVID-19, despite the IMO circulars to be mindful of free access to seafarers. In many cases neither the seafarers nor the companies know for how long these may prevail,” Intercargo stated.

Liverpool Seafarers Centre, which won the Positive Impact Award at the Mersey Maritime Industry Awards 2020 this month, helps 50,000 seafarers each year visiting Merseyside ports. It is a partnership between Apostleship of the Sea (Liverpool) and The Mersey Mission to Seafarers. In September 2019, LSC was awarded the world’s best seafarer centre at the International Seafarer Welfare Awards (ISWAN) as nominated and voted for by mariners themselves. The charity’s work involves visiting vessels to integrate with the crew, offering a listening ear to help combat isolation and loneliness and providing places ashore for seafarers to relax away from their working environment.

“Having spent most of my working life, prior to ordination, as a marine engineer, I am only too aware of the vital role that the shipping industry plays in the provision of essential goods and services, and some of the hazards and hardships faced by seafarers ashore and at sea. I hope we can do all we can to ensure that no-one is overlooked as we seek to come together as communities in these difficult and challenging times.”

“Seafarers are key workers, and are in a particularly difficult place amongst distribution workers just now, and their singular position should not be forgotten at this time. Assuming that social distancing is being observed by the LSC folk, then they are performing a vital service to support the welfare of the seafarers caught up in this situation. I’m not sure how, in practice, folk due to return home can be repatriated at this time, but clearly this needs to be done as soon as possible, and presumably arrangements made for the crews replenished as well.”