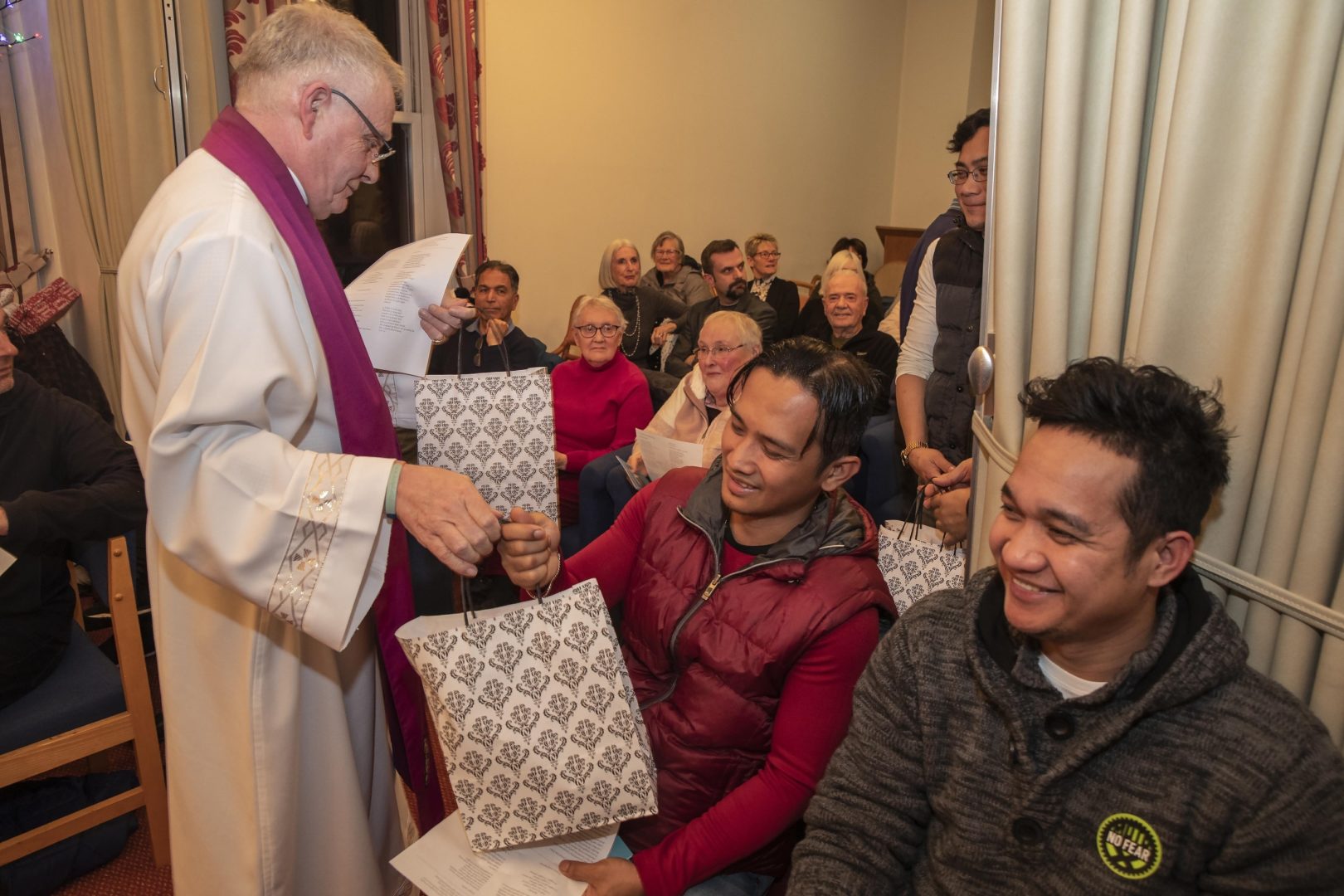 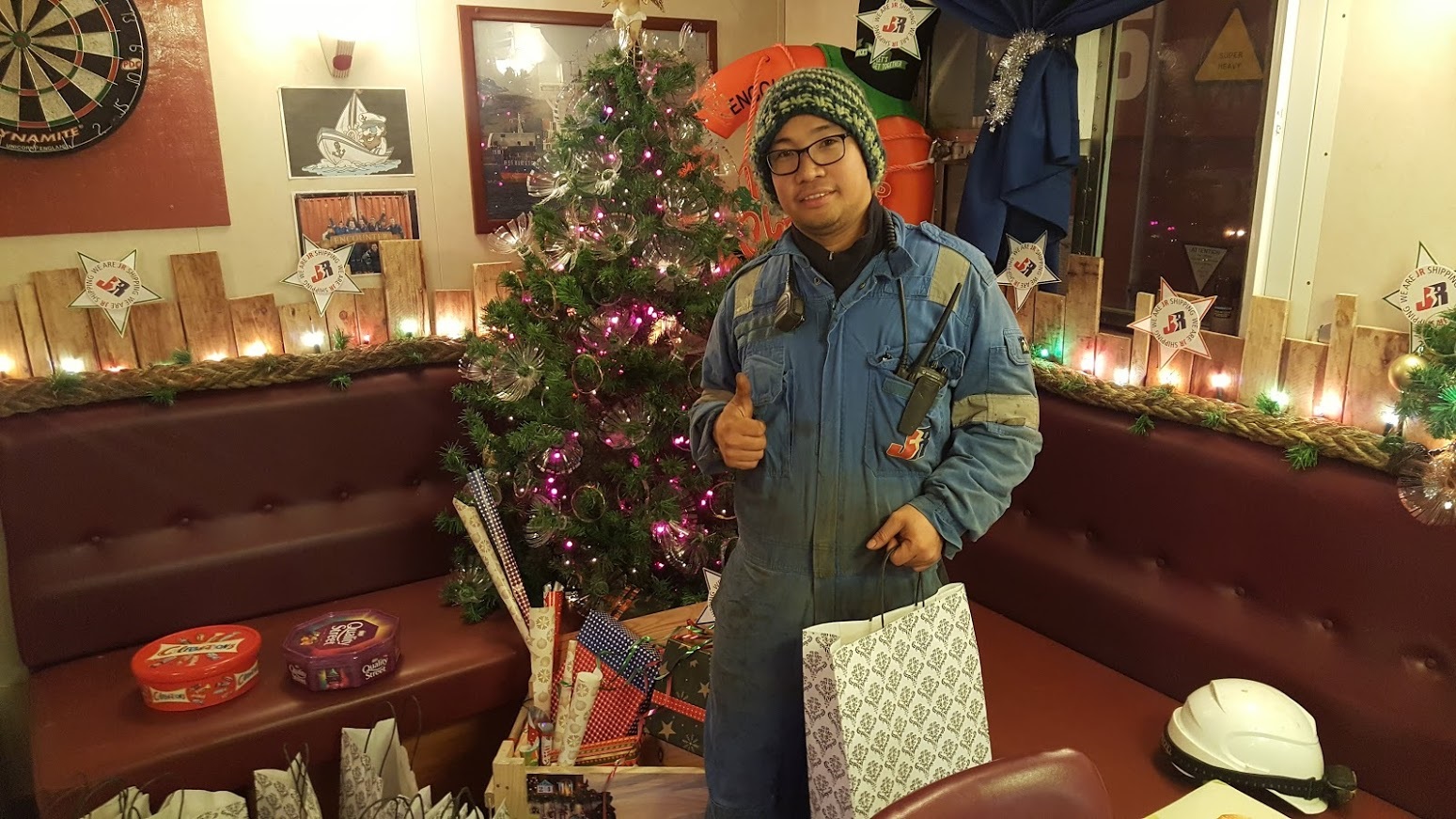 LSC CEO John Wilson said the festive period has been very busy with more than 500 gifts handed out to visiting seafarers as well as two masses being staged.

“We want to thank everyone who gave their time as well as those who donated gifts,” he said. “We were able to distribute presents to seafarers throughout the Christmas period including at our Christmas Eve mass held at our Crosby centre. We also staged a lovely new year mass on-board the visiting MV Morningstar. Christmas and New Year is an important time for LSC to support the many men and women who live such challenging lives at sea away from home and loved ones for long periods. Britain is very reliant on seafarers as they deliver 95 per cent of all goods coming into the UK including many Christmas gifts on our high streets. They deserve as much practical and emotional support as we can give them especially at Christmas.”

LSC’s roots date back to the 19th century and the charity is a partnership between the Catholic Apostleship of the Sea (Liverpool) and the Anglican Mersey Mission to Seafarers. LSC is funded by donations from parishes within the Catholic Archdiocese of Liverpool and the Diocese of Shrewsbury extending across Wirral, Cheshire and Shropshire as well as the Anglican Diocese of Liverpool and Chester. LSC further receives general donations and income from a new port levy on shipping lines coming into the Port of Liverpool. 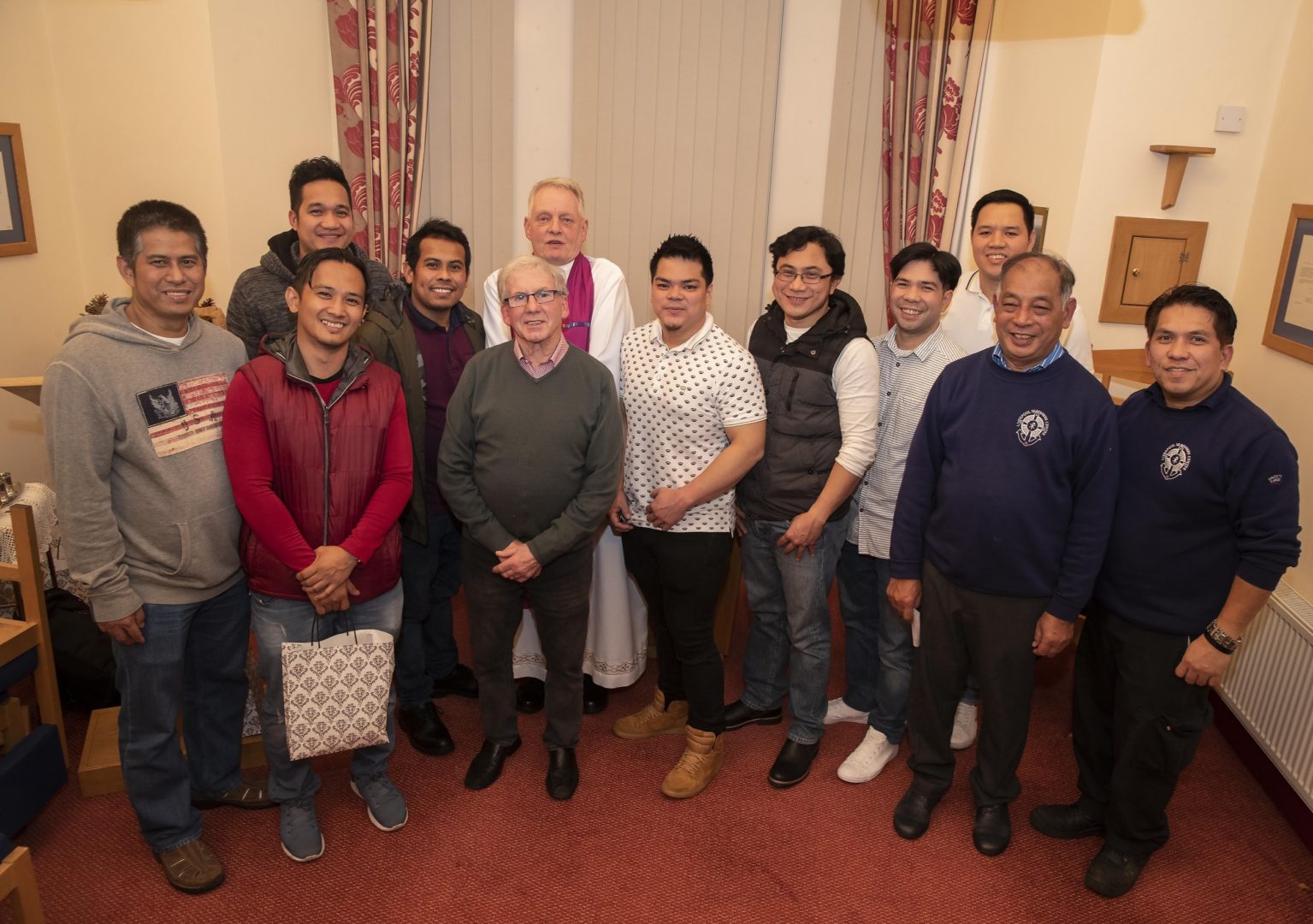 “We continue to appeal for items such as woolly hats, gloves, confectionery, toiletries, puzzles and board games,” he said. “Warm clothing is especially welcome. They can be dropped into our centres in Crosby or Eastham on the Wirral.”

LSC has received a number of messages of thanks from seafarers passing through Liverpool during Christmas and New Year.

Captain Igor Razbitnov Master of the MV REDHEAD wrote to the centre and said:

“Let me on behalf of my crew and myself express our gratitude for a warm reception, kind attention and care and friendly relation to all of us, while we being visiting your seafarers mission and contacting with you and your staff. We are really felt like ourselves at home, and it was a great pleasure to talk with your staff, who were very friendly and helpful all the time. We think it was a real Christmas present for us, which will be remained in our souls forever. Thanks a lot for your efforts to make seafarers life easier and better, while we are at sea. On behalf of my crew and myself, I wish to congratulate all of you with a Merry Christmas and a Happy New Year.”

“I am writing to show my thanks and sincere appreciation for you and your colleagues great help for the crew! When our ship arrived in Liverpool, your centre came aboard our ship and with many useful gifts for the crew. The seafarers centre also provided many facilities including phone SIM cards and money change help for our crew member.

Then your friendly team took crew members to shopping where they wanted to go and also took them back to the ship. That is the greatest help of the crew and solved the biggest worry about how to go outside the harbour and how to come back to the ship! That is the greatest release for a seaman working under pressure after a long voyage. You and your colleagues were very kind and warm and gave the crew a feeling of home! Through you and your colleague great help the crew received the feeling of the great, beautiful loveliness of Liverpool! Merry Christmas and thanks again for your great and lovely help!

We would like to express our highest appreciation and profound gratitude to Mr. John P. Wilson and all other devoted staff and volunteers of your centre for a warm welcome and extended excellent services provided to all the crew of MV Morningstar and looking after her throughout our stay in Port of Liverpool Canada Dock North 3.

The Port of Liverpool is very fortunate to have a Seafarer Center taking good care of the crew from all their needs. Your services had helped our crew to relax and enjoy their time during their off duties outside the ship.

It gives me great pleasure to send a Letter of Appreciation to all devoted staff and volunteers as our expression of happiness. Again, thank you very much for all the time, energy and resources extended to all the crew of MV Morningstar and we look forward to being back here again.

Wishing you all every success for the future. Bravo! 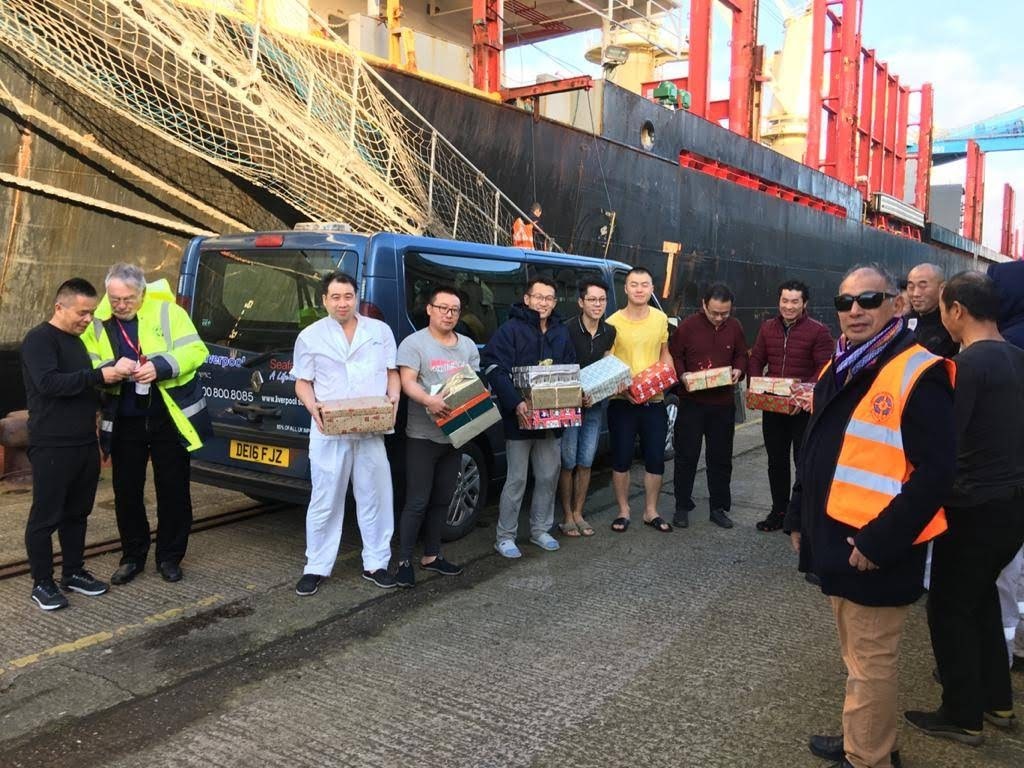 Liverpool Seafarers Centre was recently crowned the world’s best seafarer centre at an awards ceremony held as part of London International Shipping Week in the autumn. LSC was singled out by the International Seafarer Welfare Awards (ISWAN) due to the exceptional care it offers visiting seafarers and their families. LSC finished top ahead of seafarer centres in America in Houston and Philadelphia as well as Sydney Australia and Tauranga, New Zealand.

LSC as a registered charity is reliant on donations to continue its work. No state nor statutory funding is received. Donations can also be made via its website.

*         With 95 per cent of British imports and exports transported by the sea the UK is dependent on seafarers.