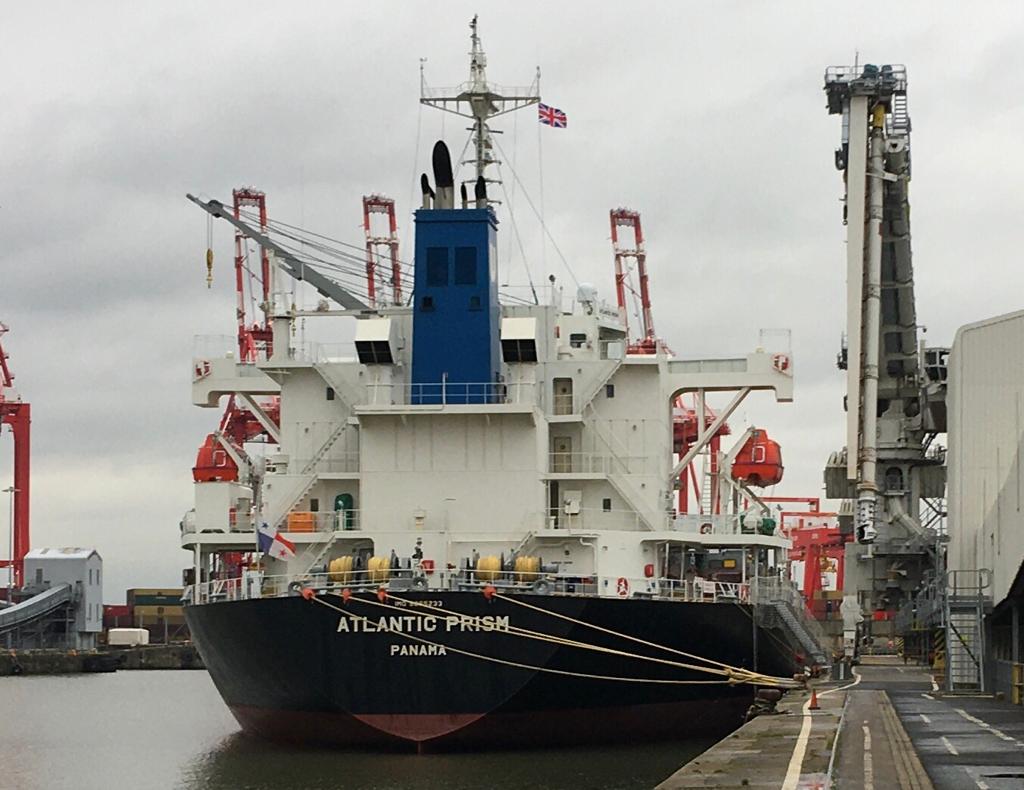 The Crosby-based charity recently named best seafarers centre in the world in the International Seafarer Welfare Awards, was asked to organise a blessing of the bridge and engine control room of the MV Atlantic Prism before it departed Liverpool.

The crew of the bulk carrier made the request after the centre went on board to offer support and friendship while the vessel was in dock.

Fr Dominic Curran, parish priest at Our Lady Star of the Sea RC Church in Seaforth celebrated mass on the ship and conducted the blessing.

Twenty-one members of the ship’s crew attended and were able to receive Holy Communion before setting sail.

Chief executive John Wilson joined the seafarers and said the opportunity for the crew to come together in worship had been gratefully received.

He said: “Seafarers are unable to attend church for long periods and, for many, their faith is hugely important to them. We visit ships and spend time with thousands of seafarers every year. We can organise church services and mass if the crew make a request.

“A recent study showed that seafarers were at a greater risk of developing mental health problems due to long periods spent away from home, long working hours and isolation. By offering emotional and pastoral support while the vessel is in port, Liverpool Seafarers Centre, through its outreach, is able to contribute to alleviating those feelings and improving the general wellbeing of the crew.

“We have heard from the captain of the ship since who told us the mass and blessing, whilst very special, was well-received by all onboard.”

Liverpool Seafarers Centre has a dedicated team of staff members and volunteers to visit vessels on a daily basis, offering a listening ear to those who wish to talk or to vent their frustration or anxiety.

Liverpool Seafarers Centre, a registered charity, is totally reliant upon donations to enable it to continue its valuable work. No state nor statutory funding is received. For more information or to donate online visit www.liverpoolseafarerscentre.org 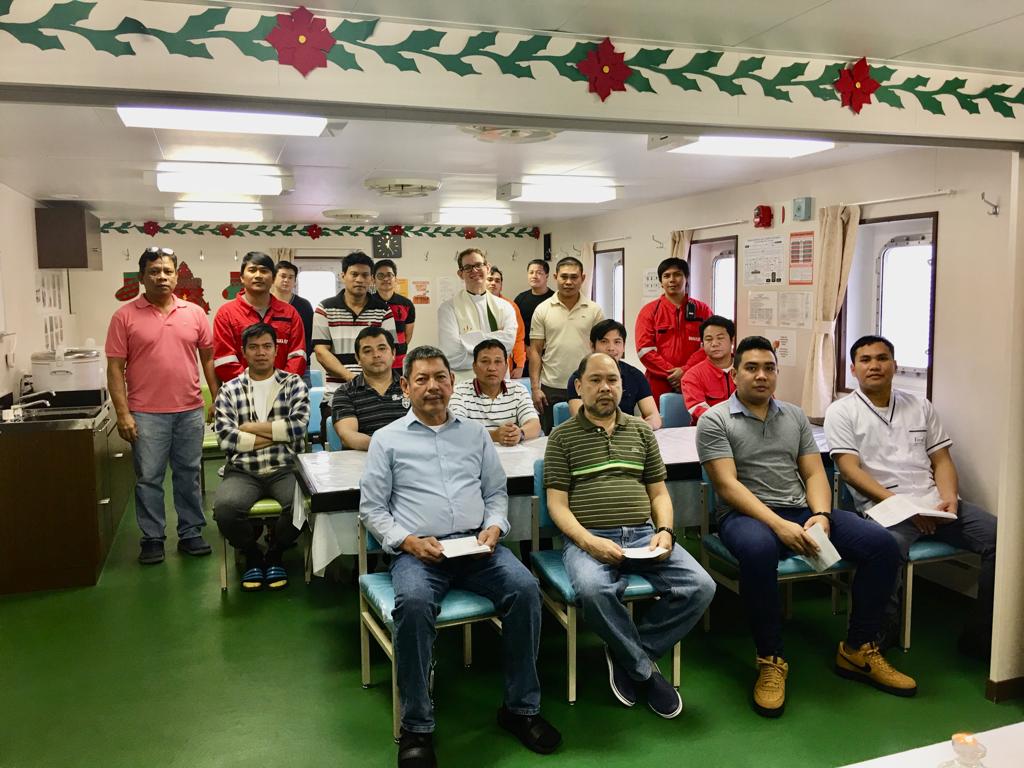 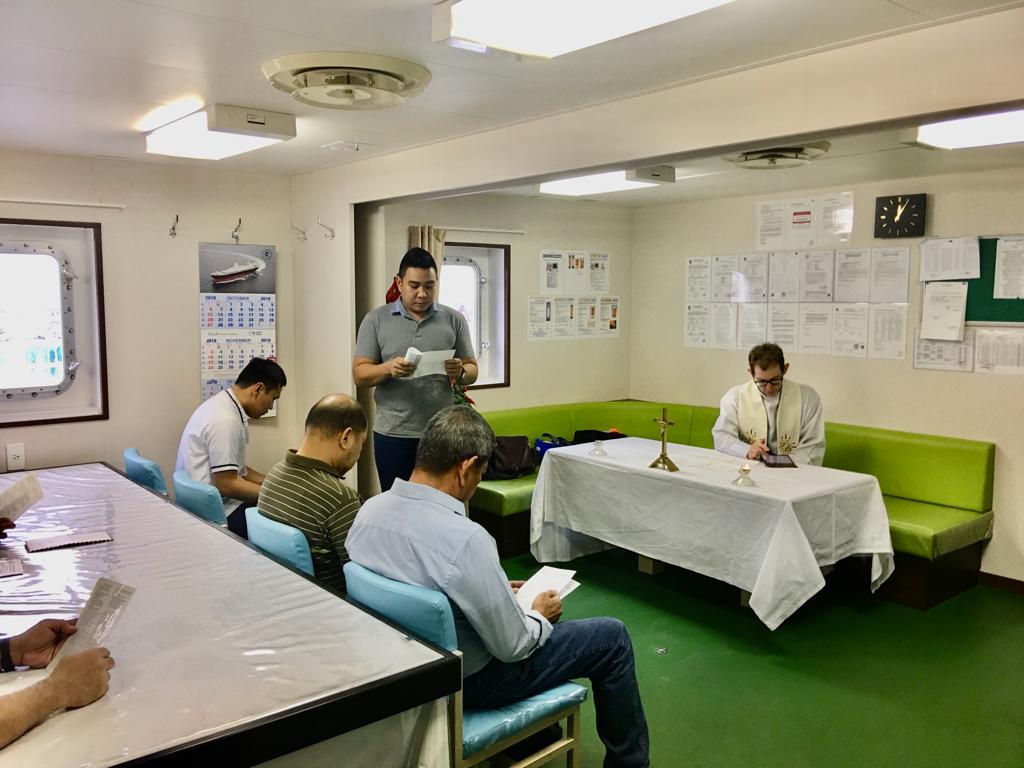 Mass on board the Atlantic Prism arranged by Liverpool Seafarers Centre