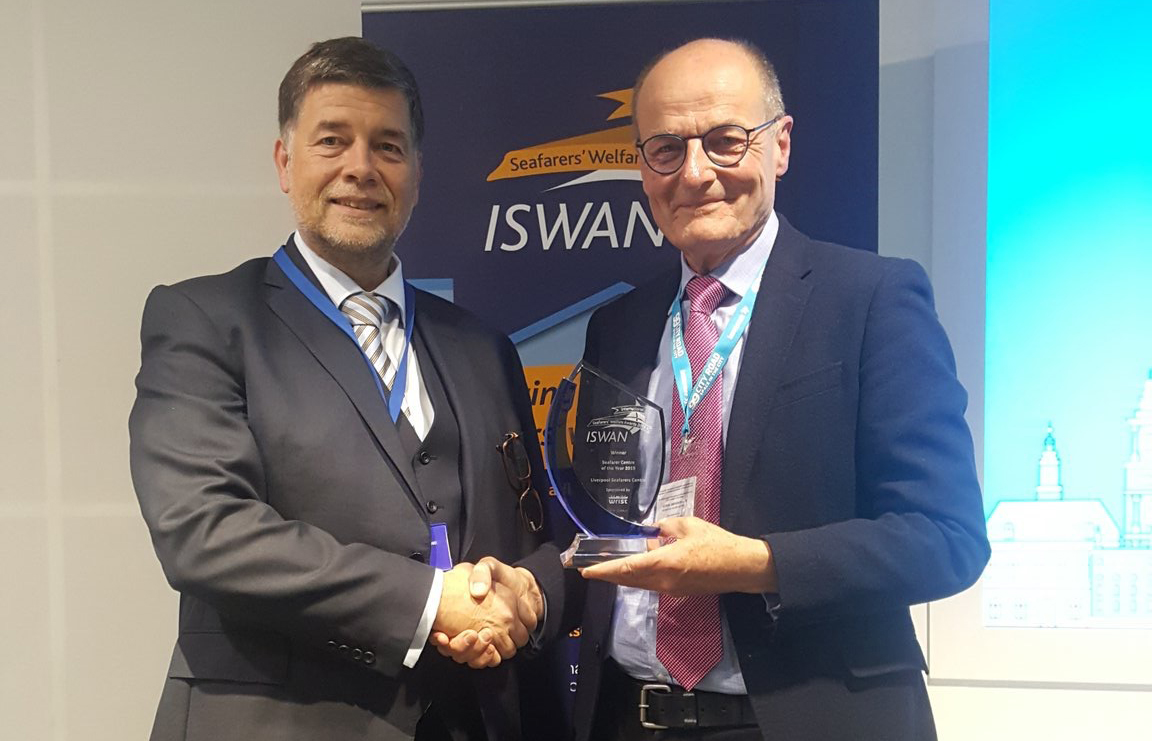 The charity, based in Crosby and Eastham on the Wirral, was singled out by the International Seafarer Welfare Awards due to the exceptional care it offers visiting seafarers and their families. LSC finished top ahead of seafarer centres in America in Houston and Philadelphia as well as Sydney Australia and Tauranga, New Zealand.

Feedback from judges and those who use the centre described it as a “home from home” staffed by the friendliest volunteers who go above and beyond and expect nothing in return. The Seafarer Centre of the Year is voted for by seafarers, thousands of whom use the centre’s services in Liverpool every year. This includes providing emotional support, including offering a clinical psychologist, for those where life has become too difficult to handle in normal talks. It also offers practical assistance such as access to WIFI, money exchange and a physical base on land for crew members whose vessels have docked in the city.

LSC chief executive John Wilson collected the award during a ceremony at the Inmarsat Building on September 11 in London attended by representatives of seafarer centres from around the world. The charity has been shortlisted for the award on previous occasions but never been named the winner, which comes during the year of its tenth anniversary.

Mr Wilson said: “Liverpool Seafarers Centre is delighted to collect the award of Seafarer Centre of the Year, made all the more special as it is voted by seafarers themselves. We have performed consistently in this category for a number of years so to be named the winner after ten years of services to the Liverpool area is a fitting achievement and a testament to the hard work of all our volunteers. It is their caring approach, the support they offer more than 50,000 seafarers every year and the calibre of our facilities that have assisted in our success so far. Our volunteers always go the extra mile to ensure seafarers who need our support are given the proper care and follow-up action, including liaising with seafarer centres in other ports, should they require it.” 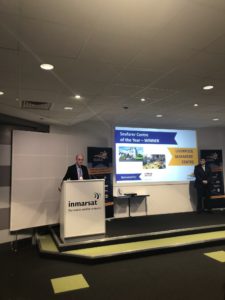 The nominations from seafarers noted the centre’s early opening and late finish and their “fantastic and friendly” staff who always extend a warm welcome. One seafarer said: “We really need seafarers centres like Liverpool Seafarers Centre all around the world.” Another said: “Our ships regularly visit Liverpool. The seafarers centre is the best I have come across and the volunteers are some of the friendliest I have met. Having seen many centres around the world, very few match the warmth and welcome of Liverpool’s.” (for more comments see notes to editors)

Mr Wilson said the award would now enable the charity to build on its success and help even more seafarers.

He said: “Seafarers centres are a vital part of the maritime world supporting the men and women who supply 95pc of all UK imports and exports. We now intend to grow our network across the North West, building on our Crosby site and the centre we opened in 2017 at Queen Elizabeth II Dock, Eastham, which works in partnership with our headquarters. We are also opening a centre at Garston to enable us to offer our practical, emotional and spiritual services to an extra 10-20 per cent of seafarers every year.”

Liverpool Seafarers Centre is a partnership between the Catholic Apostleship of the Sea (Liverpool) and the Anglican Mersey Mission to Seafarers. Its history dates back to the 19th century. The charity provides ‘a lifeline’ to seafarers both active and retired. It offers a safe and secure place to rest and receive practical and emotional support. It garners the support of many cross denominational faiths and organisations.

“Exceptional. Really appreciate the fact that you guys are doing this without expecting something in return!”

“They…recognise that it is all about the people the seafarers, volunteers and staff. It’s a good service to offer a clinical psychologist, for those where life has become too difficult to handle in normal talks.”

“Time is important for us seafarers. They open early and [close] late. They really care for the seafarers.”

“Very well furnished and adequate facilities as compared to other seafarer centres all over Europe in my personal experience. Fantastic and friendly staff.”