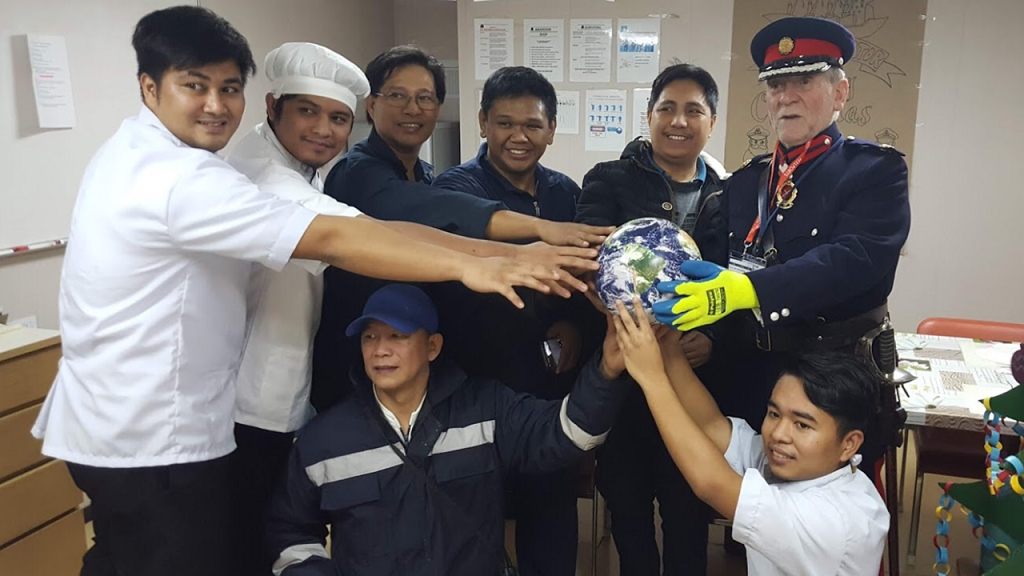 Maritime charity Liverpool Seafarers Centre (LSC) has staged a ‘special access’ tour for the High Sheriff of Merseyside on the banks of the River Mersey.

High Sheriff Peter Woods was given exclusive access to the inner workings of the voluntary organisation after joining a ‘ship visiting’ exercise at North Dock.

LSC CEO John Wilson said the High Sheriff boarded MV Predator a bulk carrier vessel receiving a ‘day in the life’ experience working alongside the charity’s team members, who offer support to 50,000 seafarers passing through the Port of Liverpool each year.

Mr Wilson said the activity enabled the royal representative to witness the seafarer outreach service ‘first-hand’ with direct interaction with the people they serve.

“We wanted to provide the High Sheriff of Merseyside Peter Woods with a visceral and memorable experience,” said Mr Wilson. “The ship visiting exercise in particular showcased our seafarer welfare support programme in action with on-board visits central to our entire operation. This direct face-to-face communication is fundamental to our mission to provide ‘a lifeline’ to seafarers. The High Sheriff was able to witness how we deliver our care package from boosting moral to managing more sensitive issues.

“Our outreach service is focussed on delivering practical and emotional support. This includes support for ‘major life events’ such as a family bereavement, trauma, marriage, divorce or the birth of a child. We also act as a go-between and can talk to the ship management company if there are problems to ensure seafarers are being properly cared for. On a practical level we provide a variety of support including access to WIFI, money exchange and a physical base on land where crew can take a break from the vessel.”

Formed in 2008 as a joint initiative between the Catholic and Anglican churches in Liverpool, the charity now garners the support of many other cross denominational faiths and organisations.

During the ship visit the High Sheriff drew attention to the union between nationalities  with the crew members with a limited edition ‘One World’ football produced by Liverpool Biennial to commemorate the centenary of the First World War through football. The special art commission by Mark Wallinger was inspired by the Christmas Truce matches played during the First World War.

“It was a fascinating experience joining Liverpool Seafarers Centre for the day and witnessing the valuable service they provide,” he said. “The tour put into perspective the scale of the challenge at hand to deliver care to a large and often invisible workforce which toils on the oceans. The work of Liverpool Seafarers Centre and its volunteers is highly commendable and is vital in ensuring the Port of Liverpool maintains its reputation as a friendly and caring port.”

High Sheriffs, appointed annually by the Crown, are responsible for carrying out a range of ceremonial duties including attending royal visits in the county and supporting Her Majesty’s High Court Judges. However, they increasingly play an active role in relation to the Police and emergency services and in lending encouragement to public sector agencies and to voluntary sector organisations involved social cohesion.